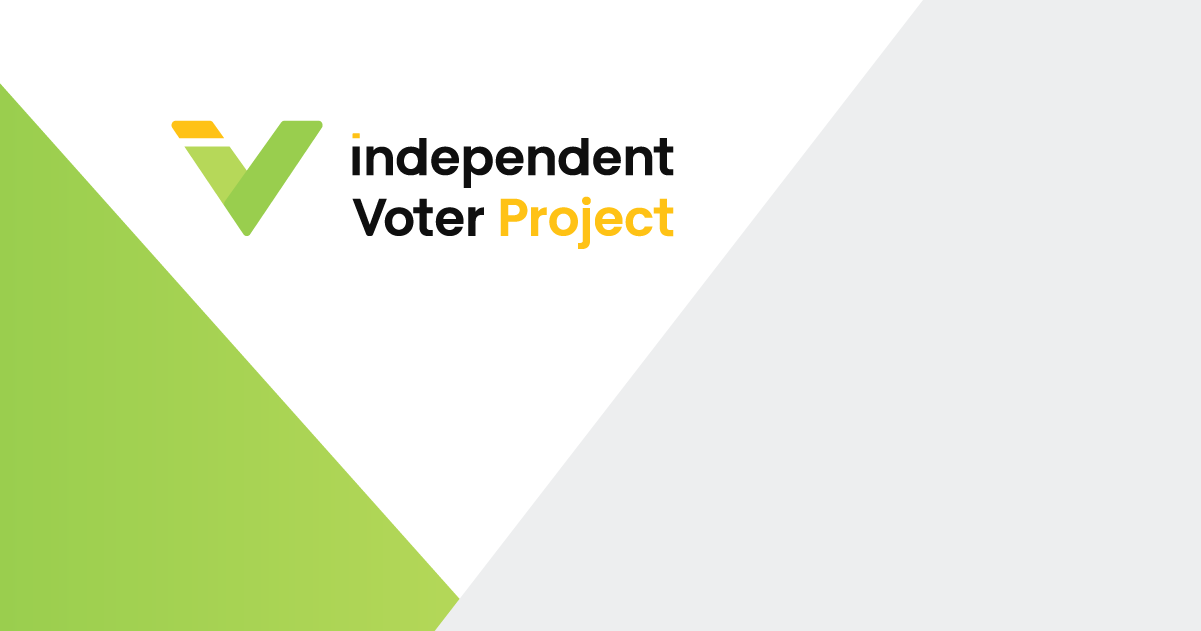 San Diego Asseblymember Lorena Gonzalez has already declared her candidacy for California Secretary of State in 2022 and is known as a fierce advocate who doesn't back down when it comes to standing up for things she believes in.

That is a good thing.

But Gonzalez has been promoting her recent bill, AB681, as one that ensures the rights of independent voters to participate in the upcoming presidential primary. In a recent Twitter exchange with Independent Voter Project attorney Chad Peace, however, the Assemblymember said she "settled" when crafting her bill.

Dan Howle, Executive Director of the Independent Voter Project, also chimed in to clarify what the Gonzalez bill would and would not do.

And what about her claim that the legislature just didn't have enough time to protect voter rights?Nothing could be further from the truth.

Here's the full history of The Impending Disaster of California’s Confusing Presidential Primary.

And, here is the Independent Voter Project's ongoing effort to fix it, A Presidential Primary for Everyone!

San Diego, CA.- The National Association of Nonpartisan Reformers (NANR) represents more than 30 nonpartisan reform organizations across the country dedicated to increasing electoral competition and protecting the right of every voter, regardless of party, to participate equally and meaningfully.

The NANR board unanimously endorsed the Independent Voter Project’s “Public Primary” reform as a simple way to respect the rights of political parties while conforming California’s primary statutes to the California Constitutional requirement to hold an “Open Presidential Primary.”

Jim Jonas, Executive Director of NANR, wrote to Gonzalez, “I am writing to formally request that you amend your bill, AB681, and meet the Constitutional obligation to guarantee that all voters, regardless of party, are afforded their full right to vote. Importantly, this language protects voter rights without affecting the right of political parties to be the sole judge of what votes they choose to count in determining the allocation of delegates to the irrespective conventions.”

Assemblywoman Lorena Gonzalez of San Diego, who is running for Secretary of State in 2022, said her bill, AB 681, is an effort to “clear up any ballot confusion that currently exists for NPP voters in California.”

However, in a recent conversation with IVP representatives on her Twitter page, Assemblywoman Gonzalez admitted that she “settled” with her bill, AB 681, and did not protect the rights of California’s independent voters.

Dan Howle, Chairman and Executive Director for the Independent Voter Project, said of Gonzalez’s proposed bill, “AB 681 shortchanges California’s 5.6 million No Party Preference voters who will continue to be denied the same rights to choose the Presidential candidates as party voters. … IVP is hopeful Assemblymember Gonzalez will either amend her bill or introduce new legislation to give NPP voters equal access to vote in the 2020 presidential primary”

IVP’s solution would have no effect on the Democrat or Republican ballot and the parties would be able to choose whether or not to consider the results of the public presidential primary ballot in choosing their presidential nominee.

But give every voter their fundamental right to participate at every stage of the taxpayer funded public election process.